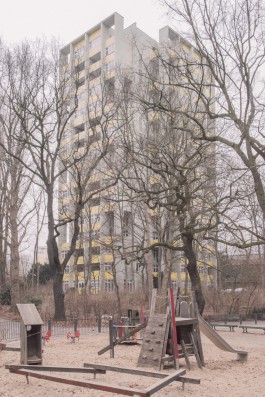 In 1957, West Berlin held its first International Building Exhibition (International Bauausstellung, IBA 57) with the focus on reconstructing the once in the Second World War destroyed Hansaviertel. With such a project, West Germany was not only responding to the already exhibited socialist modern in East Berlin, they were also conceiving urbanism in brand new way.

Now, more than 60 years later, the designs of the legendary architects of the time can still be admired as a World Heritage, especially because of the foundations, whose modern style clearly stands out from others - a style that its earliest residents still like and live in nostalgically but proudly.